The Christmas show of the Capital Circus of Budapest, Snow Dream – Ancient Circus Dream will premiere on the 12th of October. Artists from North-Siberia, Yakutia, who will come for the first time to Hungary, will evoke the true spirit of Christmas in a special show.
The Yakuts, who live in Yakutia, land of the eternal ice, faithfully preserve their shamanistic roots that they brought with themselves from Central Asia in the 13th century and the rich fairy tales and mythology that grew from it. The dark winter that can last for nine months provides a good opportunity for the exciting and magical stories, called olonkhos, that the folk taletellers (olonkhusts) perform through the nights. At the focus of these mythic tales that the UNESCO included in the list of intangible cultural heritages stands the World Tree at the centre of the Universe, which is divided into three parts – Upperworld, Middle-world, Underworld. The human beings living in the Middle-world regularly get into contact with the spirits and deities of the other two worlds who take on different forms. The malevolent spirits cause a lot of problems to the mortals, but the brave heroes of the humanity will defeat the creatures of darkness in the end.
The Diamond Circus of Yakutia will bring this rich, exiting, icy world to the circus floor of the Capital Circus of Budapest dressing in imposing costumes, flavoured with traditional music and spectacular circus production. The artists of the Diamond Circus of Yakutia honed their skills for five years in China so that they could perform the well-known genres of the circus art in the most professional way. The Snow Dream – Ancient Circus Dream show will feature heroes riding and somersaulting on horses, ice fairy with her snow white pigeons, exciting swing act, silly clowns, acrobatic juggling act, pyramid act, diabolo, ground floor acrobatics, javelin act, Chinese pole act, high wire balancing act, rope skipping act, spectacular crowd scenes, romantic aerial act and a lot of magic.
In this storytelling play the master of ceremonies of the Capital Circus, Gyula Maka will play the wizard who helps the humans, while actress Anita Gábor will play his evil counterpart, the Ice Storm Queen.
The Christmas show of the Capital Circus that will last until the 31st of December will be full of wonders and promises everlasting and entertaining experiences for the whole family.

Feel like a celebrity and order the I love Circus Budapest package!
The package includes: guided tour before the show about the history of the Circus, the best box seats in the premium category, welcome drink, big popcorn, the presenter greats the guest of the Hungária Koncert, magazine about the show, after the show meeting and photo with the artists. For kids: surprise clown nose.

The show is approx 2 hours long.

Meeting time and point
1146 Budapest Állatkerti krt. 12/a.  I love Circus Budapest:  30  minutes before the show

Important information
After the booking you will receive a booking confirmation email which contains your reservation number. Without the reservation number you can not enter the Circus. Please at the booking add your email address as well. The organizer reserves the right to change the program.
Cut off time: 24 hour 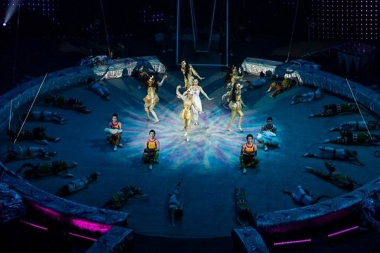 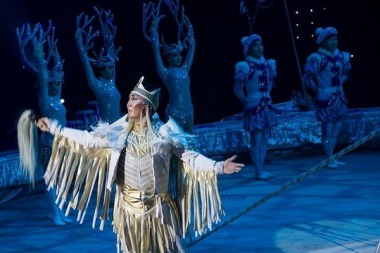 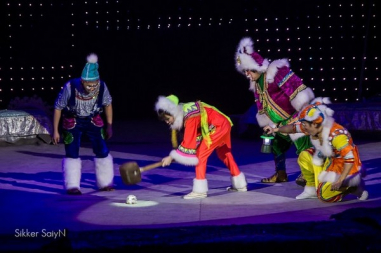 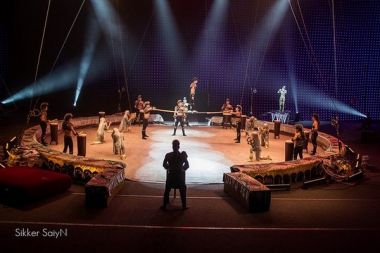