This is the most noble and biggest park in Siófok. Jókai park with it’s 4,6 acre was rebuilt according to the original plans in 2006. After the historian we know that here was the old race-track. In the park you can find nice flowers, a small pond and at the corner the small japanise garden gives the romantic englishgarden a bit of a far east spirit.

Siófok won first place in the competition of „Flowered Hungary” in 1996 and it got golden medal among the european towns competing in 1997. Thanks to the one and a half decades development the town became city of parks and flowers. 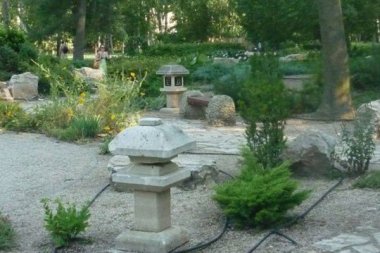