The Ballet of Győr

The Ballet Company of Győr, founded by the graduates of the Hungarian Ballet Institute in 1979, made its début in the new building of the National Theatre in Győr under the leadership of Iván Markó.

The Company soon became popular both in town and in the region. After having conquered the heart of the Hungarian audience, the Company won international appreciation within a short period of time. In addition to two premières in each theatre season in Győr, the company performed world premières several times in Budapest, Vienna, Athens and Paris. They had performances at the Scala of Milan, at the Bayreuth Festival Games and at the Olympic Games in Seoul. They went on tour in Austria, Germany, Japan, Italy, England, China, India, Russia and the United States. They have danced on stages of several Bohemian, Romanian, Slovakian, Danish and Israeli theatres. The production of the Ballet Company of Győr, out of a total of 27 productions, was awarded the Critics' Prize at the World Theatre Festival in Baltimore in 1983.

After the resignation of the founding director in 1991, one of the founding members, János Kiss became the leader of the company. Under his direction, a new era started in the history of the Ballet Company of Győr: they maintained traditional dance theatre elements and high artistic and professional standard while adopting a wider scope of themes and styles, engaging a more varied range of artists, composers and authors as well as world-famous choreographers and stage designers. 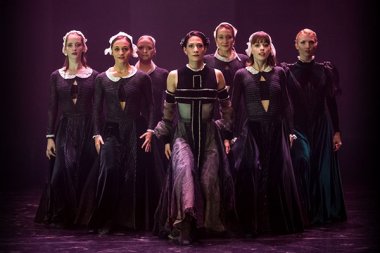