János Richter Concert and Conference Hall
The predecessor of Győr Philharmonic Orchestra was founded in 1862 by Antal Richter, the father of the famous conductor János Richter. The orchestra first became a town orchestra in 1894, but the real milestone in its career was 1968 when the semi-professional institution was transformed into a professional concert orchestra. Their fame is marked by several performances in Hungary and abroad, as well as more than 15 sound recordings.

There are not only classical pieces on the rich repertoire of the orchestra but works of contemporary Hungarian composers.

Since 2008, the director of Győr Philharmonic Orchestra is Géza Fűke and the music director is Ádám Medveczky. 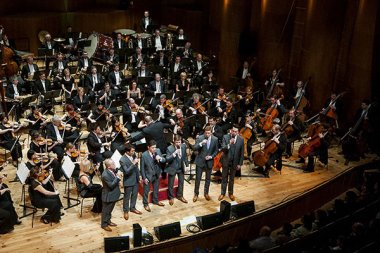