The savings bank opposite the Reformed Small Church operated as early as 1872—and this was the very first savings bank of the city as well. The current building was completed in 1912—following the fashion of the day—in secessionist style with decorations of stuccos and sculptures on the front. The reliefs of the facade facing Piac Street show industrial, commercial and agricultural work. Its copper portal of the main entrance was made in a famous Berlin workshop while the interior glazed earthenware was produced by the Zsolnay factory famous for its chinaware. 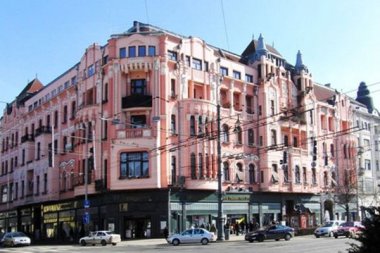