The Saint Anne’s Catholic Cathedral was built between 1721 and 1746. In the niches next to the doors on the left we can see the statue of Saint Stephen, while on the right his son Prince Saint Imre. The main altar-piece represents the patron saint of the church Saint Anne teaching Maria, while the oldest altarpiece represents the founder of the Piarist order, Saint Joseph Calasanzi. The carvings and statues of the by-altars are from the 18th century. The wall surfaces on the ceiling and underneath the windows show frescos and stucco ornaments representing saints of the Árpád dynasty. 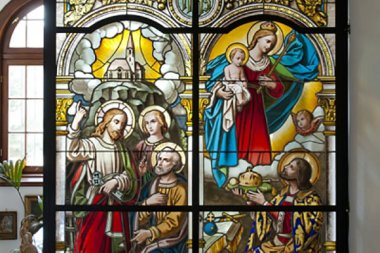