The main street of Debrecen had been lined by commercial houses. The first three-storied houses of the city were built in the stret called Big Market or Main Market. Apparently they are characterized by simplicity but their facades have many nice decorations. Some of them deserve special attention such as, for instance, the Rickl House at 39-41 Piac Street. The house was built in classicist style in 1820 and was actually the extension of the so-called “House Standing on Pillars” in the courtyard which had been purchased by the Rickl merchant family originating from Melk in 1789. According to contemporary records, József Rickl measured how long the main street was and he chose this house because it stood exactly in the middle of it. 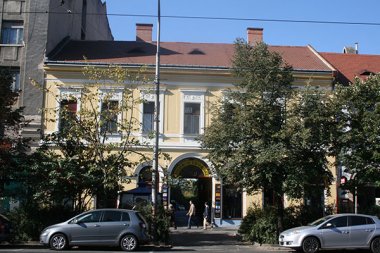