The building was constructed in 1600, but in the fire of 1727 it suffered severe damage. Originally the tower was covered by an onion-like dome, however in 1907 a huge wind-storm damaged it. They repaired it but another even bigger wind-storm completely destroyed the tower cover. Then the architects gave the tower a bastion-like form and gave up the idea of the pointed dome. Since then the building has also been called the "Truncated Church".
It can be visited from June till September between 10.00 to 17.00 from Monday till Saturday. 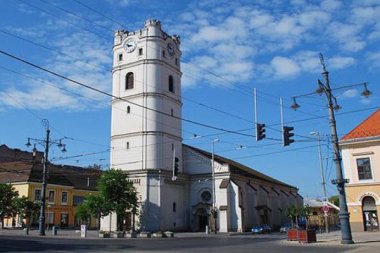