At 57 Piac Street stands the so-called Kaszanyitzky House in which the famous glass-man Endre Kaszanyitzky had his shop from 1852. The house was built at the beginning of the 19th century with neoclassic sculptures in its staircase. It was rebuilt several times and therefore it bears the signs of baroque, classicism as well as eclecticism. 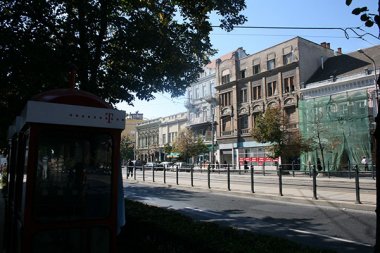