The eclectic-style Financial Palace was completed in 1912. Earlier, the plot was occupied by the house of György Komáromi Csipkés, a judge of the city, which hosted the preparatory negotiations of the Treaty of Szatmár in 1711. The event is commemorated by a black marble relief in the entry hall of the building. It was also here that the Provisional Hungarian Government, the re-forming government of the partly liberated country during World War Two had its assemblies between 22 December, 1944 and 7 April, 1945. 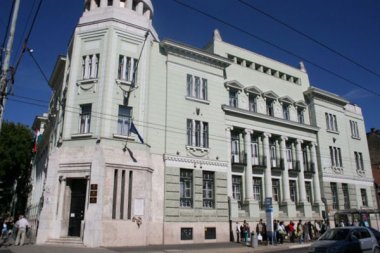