Antal Pázmándi’s ceramics recall the motifs of the history and traditional architecture of Debrecen. Opposite them is placed the marble commemorative plaque which was unveiled on the 500th anniversary of the event when Mátyás Hunyadi was elected Hungarian king on the wall of one of the houses which had since been demolished. The inscription commemorates the Hunyadi family, one-time landlord of the city as well as the castle. 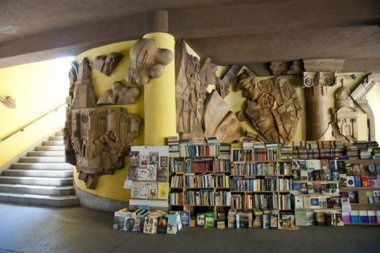