Follow us
1138 Budapest, Margitsziget
Located on a 2,5 km-long central Island on the Danube, the historical Margaret Island is a special landmark of Budapest. It was a wise decision from the city fathers of Budapest to ban all motorized traffic on this island (except for a single bus line and police cars), as it is the primary place of recreation in Budapest. Complete with an outdoor summer thermal spa, and a professional swimming pool where the Olympic champion water polo team trains tirelessly, the island also features a small wildlife park, the ruins of a 13th century Dominican cloister, a Japanese garden with sunbathing turtles, an 5 km-long professional jogging circle along the sides of the island, several nice restaurants, two luxury thermal hotels and a rose garden. Cyclists, in winter and summer, appreciate the car-free and oxygen-rich environment too, as well as families with children. When the weather is hot, scores of people lay around the biggest fountain of Budapest, which plays pleasant music every 30 minutes. The island is bordered by the Margaret Bridge from the south, and by Budapest's longest bridge, the Árpád Bridge from the north. 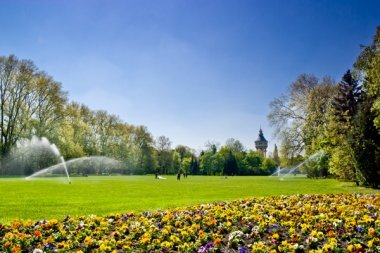 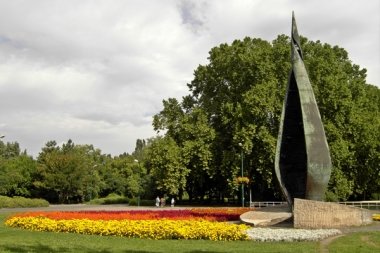 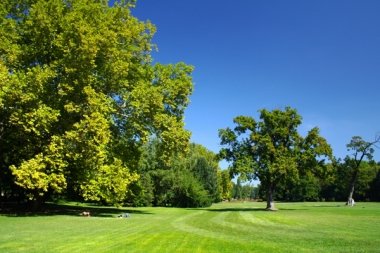 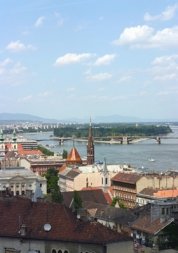 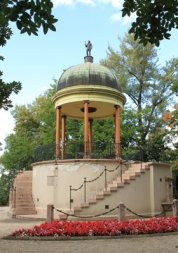 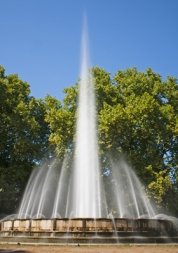 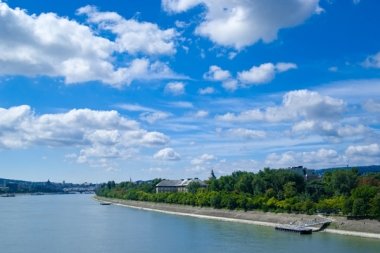 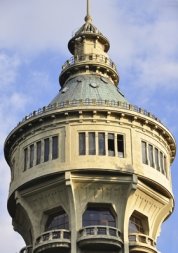