Follow us
1068 Budapest, Városliget
Unlike Margaret Island, the City Park behind Heroes' Square is a man-made park, built in the 18th century, and traffic is allowed in the park. There is an ice-skating rink which gets turned into a lake with boats for rent in the summer. Along Állatkerti körút (Zoo Boulevard), to the left from Heroes' Square, the first building is the Gundel Restaurant, built in 1894 (until 1910, it was called Wampetics Restaurant). Next to the Gundel is the ornate Art Nouveau entrance to the Budapest Zoo, which opened in 1866. The most beautiful building inside the Zoo complex is the Elephant House. Walking past the Zoo walls, the domes and towers of the Széchenyi Thermal Bath come into view; the bathhouse is one of the largest bath complexes in Europe. Across from the bath is the Municipal Circus, where the first performance was held in 1891 - since then, 125 shows were held, with 15500 performances and over 25 million viewers. Next to the Circus is the Amusement Park, which in today's form has been operational since the 1950's. The Vajdahunyad Castle, originally built of cardboard and wood for the 1896 World Expo, was rebuilt from stone at the end of the expo. 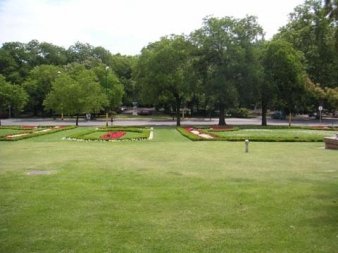 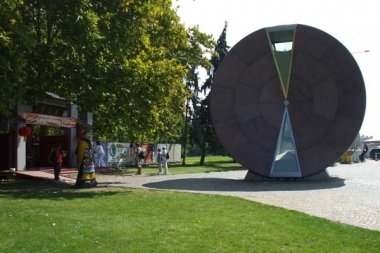 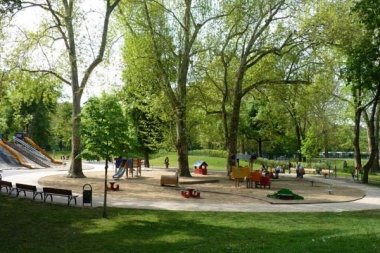