Follow us
1067 Budapest, Nyugati tér 57
Budapest-Nyugati pályaudvar (Budapest-Western Railway Terminal) is one of the three main railway terminals of Budapest, Hungary. It lies at the intersection of Grand Boulevard and Váci Avenue.
The station was planned by August de Serres and was built by the Eiffel Company. It was opened on 28 October 1877. Previously another station stood in its place, the end station of Hungary's first railway line, the Pest–Vác line (constructed in 1846). This building was pulled down in order to construct the Nagykörút - Grand Boulevard which is now smaller than the outer ringroad (Hungária körút - Hungary Boulevard) and the recently opened motorway ringroad M0 (2008).
The station gave name to the immediately adjacent Nyugati tér (Western Square), a major intersection where Teréz körút (Theresia Boulevard), Szent István körút (Saint Stephen Boulevard), Váci út (Váci Avenue), and Bajcsy-Zsilinszky út (Bajcsy-Zsilinszky Avenue) converge.
The square also serves as a transportation hub with several bus lines, tram 4 and 6, and a station of the M3 line of the Budapest Metro. Hungarian State Railways runs regular service between the station and Budapest Ferihegy International Airport's Terminal 1. The trip takes approximately 25 minutes, costs 365 HUF, and runs 2-3 times per hour.
Beside the train station and partially above its open area there is the WestEnd City Center shopping mall. Portions of the 2011 film Mission: Impossible – Ghost Protocol were filmed, and took place, in and around the station. 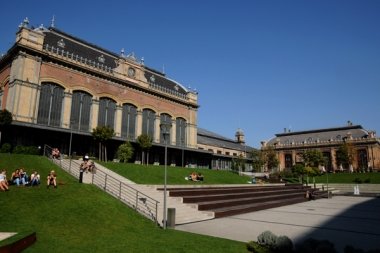 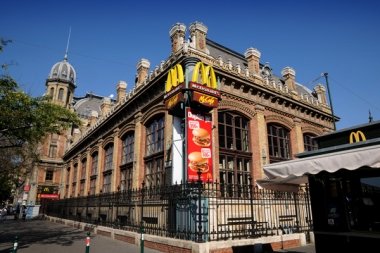 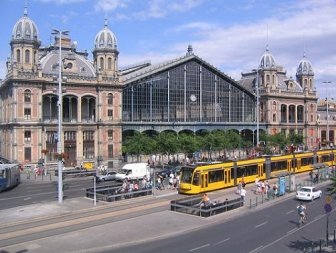 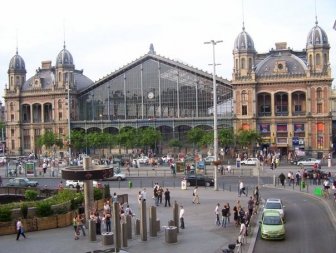 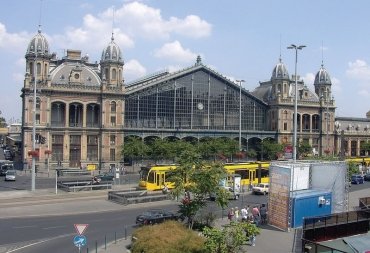 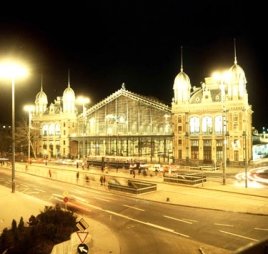 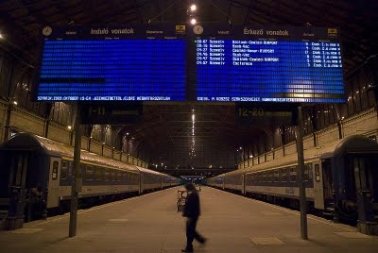 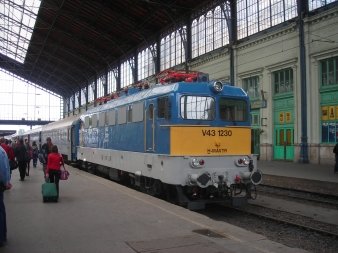 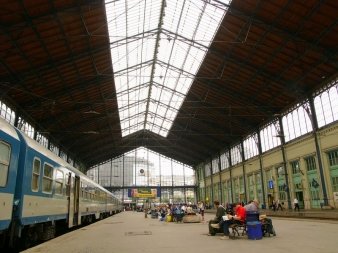 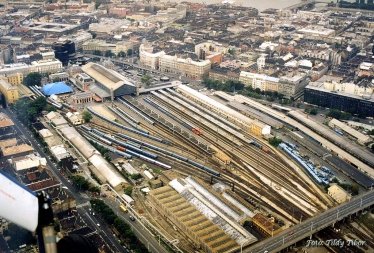