Shoes on the Danube embankment

Follow us
1051 Roosevelt tér - Kossuth tér
This world-famous composition, which comprises 60 pairs of metal shoes set in concrete on the Danube embankment, was set up in the year 2005. It commemorates the Hungarian Jewish victims of the killings committed by the Arrow Cross militiamen, the pro-German, anti-Semitic, national socialist party members of Hungary in 1944-1945. The killings usually took place en masse - the victims were lined up at the embankment, and shot into the Danube, execution-style. At three separate places of the memorial, cast iron signs read in Hungarian, English and Hebrew: "To the memory of victims shot into the Danube by Arrow Cross militiamen in 1944-45". This is a very simple but very moving memorial. 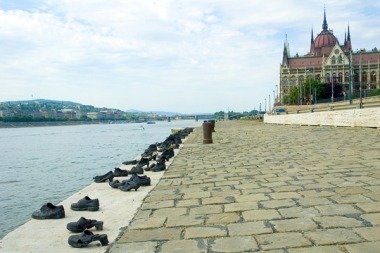 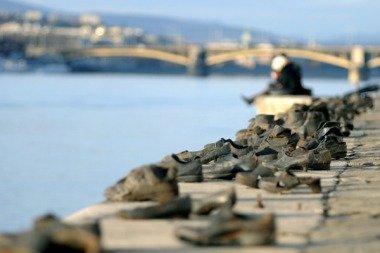 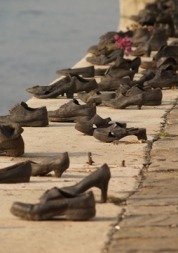 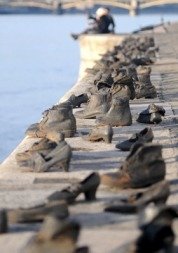 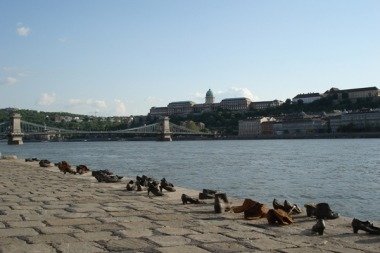 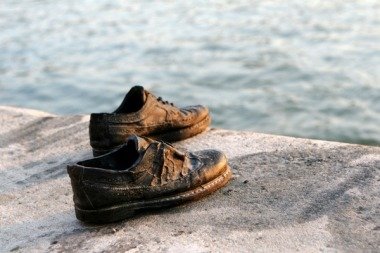 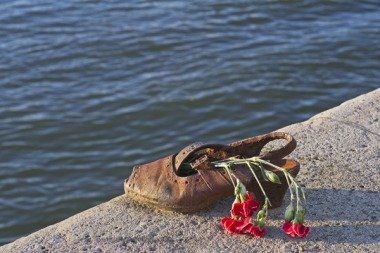