Follow us
1118 Budapest, Gellérthegy
The Szabadság Szobor or Statue of Liberty in Budapest, Hungary, was first erected in 1947 in remembrance of the Soviet liberation of Hungary from Nazi forces during World War II. Its location upon Gellért Hill makes it a prominent feature of Budapest's cityscape. The 14 metre tall bronze statue stands atop a 26 metre pedestal and holds a palm leaf. Several smaller statues are also present around the base, but the original monument consisted of several more originally that have since been removed from the site and relocated to Statue Park. The monument was originally designed by Zsigmond Kisfaludi Stróbl. 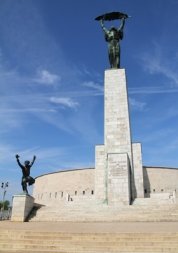 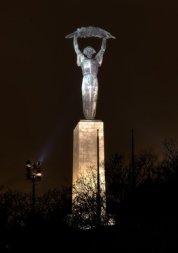 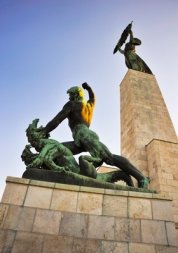 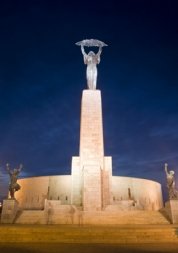 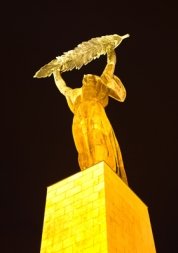 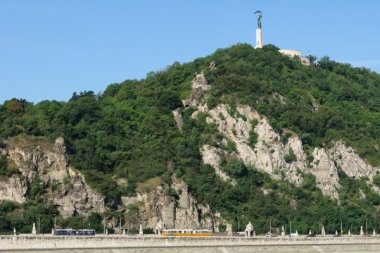 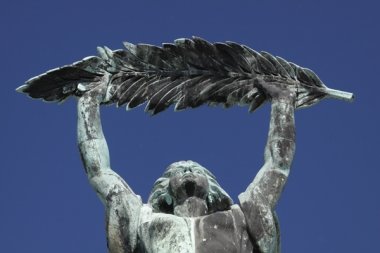