Located at the end of Andrássy Avenue, Heroes’ Square is the entrance to the City Park as well as one of the most spectacular venues in Budapest. The three main sites of the square include the Hall of Art, built in 1896, the Museum of Fine Arts, inaugurated in December 1906, as well as the Millennium Monument, linking both buildings visually. The latter includes a 36-metre central column, topped by a statue of the archangel Gabriel who holds the Holy Crown as well as a two-barred apostolic cross, the same way as the founder of the Kingdom of Hungary, St. Stephen did in his sleep according to a legend. The crescent-shaped monument was built in Eclectic style. The semi-circular arcades of the monument on the left and right-hand side each hold bronze statues of seven outstanding personalities of Hungarian history. 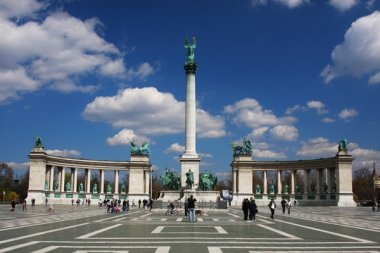 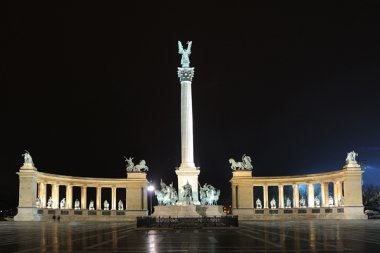 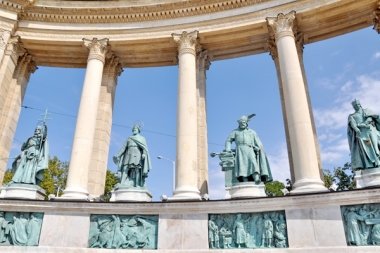 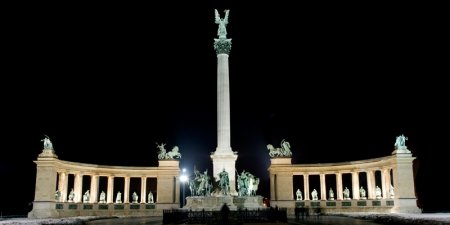 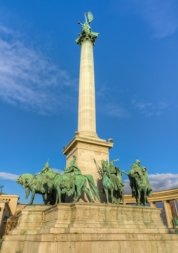 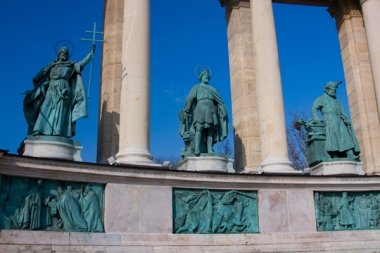 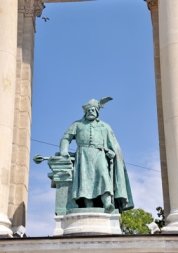 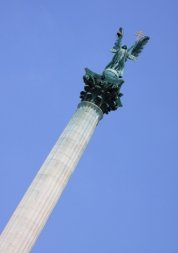