Follow us
Budapest I. és II. kerület
Fő utca used to be one of Buda's most important streets (the translation is "Main Street"), bustling with commerce from as early as the 18th century. The area is called Watertown; following the 1686 siege of Buda, mostly German merchants and other privileged citizens moved here, building Baroque houses and courtyards. The Servite Church on Szervita tér, facing the Danube has a beautiful, eclectic-style roof. 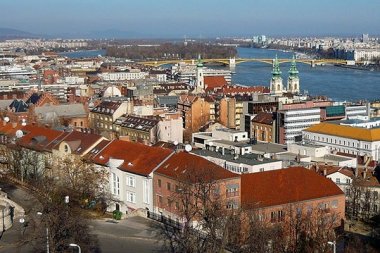