Follow us
1011 Budapest
Those coming from the Pest end had to walk round the Castle Hill on the Buda side to be able to proceed northwards. On 10 February 1853, four years after the completion of the Chain Bridge, the building of a tunnel leading through the hill was started to the plans of Adam Clark. On 6 March 1856, the tunnel was opened for foot traffic, and on 30 April 1857 also for motor traffic. Being 350 meters in length, it leads through under the Buda Castle to the other side of the hill. Its length is approximately identical to that of the Chain Bridge, prompting anecdotes according to which the tunnel has only been built so that in rainy weather, the Chain Bridge can be shoved in and be protected from wet conditions. The entry of the tunnel at its Chain Bridge end was also fittingly designed in classicist style. 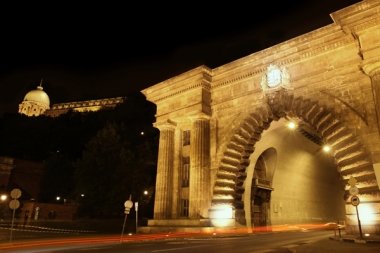 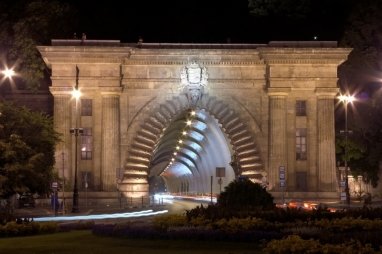 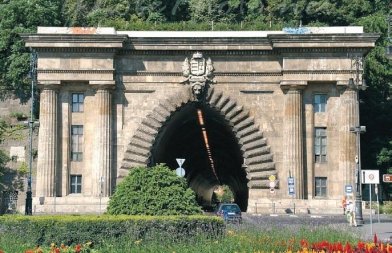 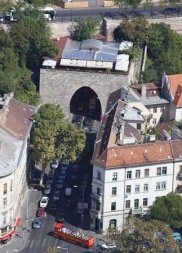 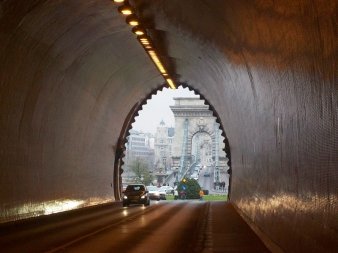 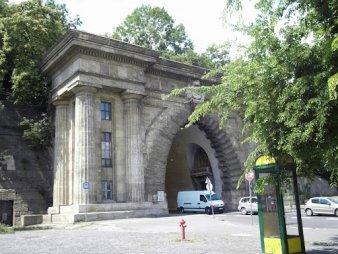 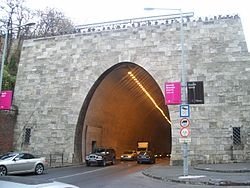 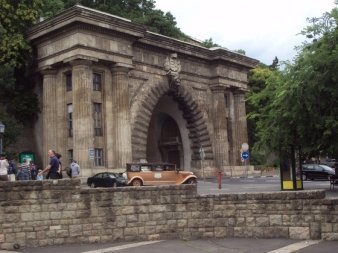 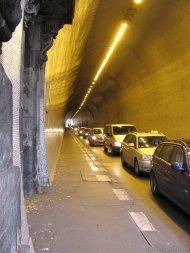