The Budapest Castle Hill Funicular or Budavári Sikló is a funicular railway in the city of Budapest, in Hungary. It links the Adam Clark Square and the Széchenyi Chain Bridge at river level to Buda Castle above. The line was opened on March 2, 1870, and has been in municipal ownership since 1920. It was destroyed in the Second World War and reopened on June 4, 1986. A feature of the line are the two pedestrian foot bridges which cross above it. These were present when the line opened, were removed in 1900 when the castle's garden was extended, and rebuilt to the original design in 1983. 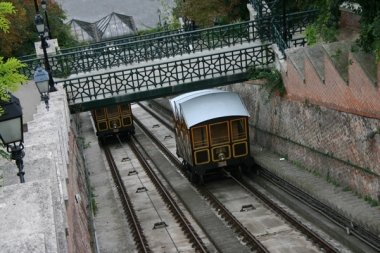 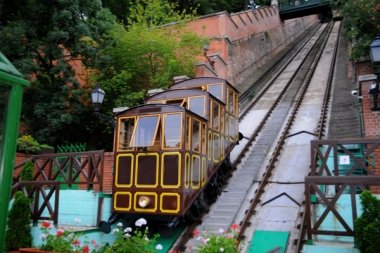 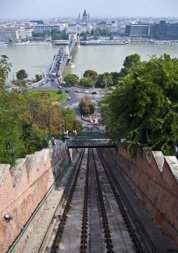 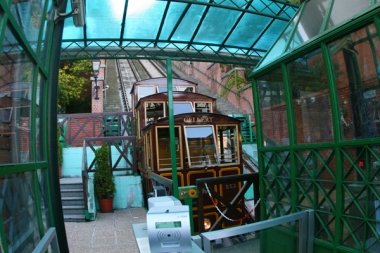 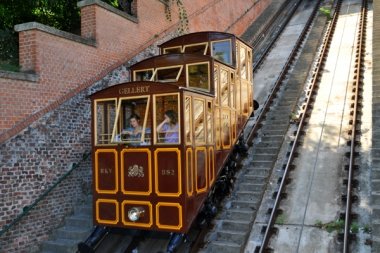 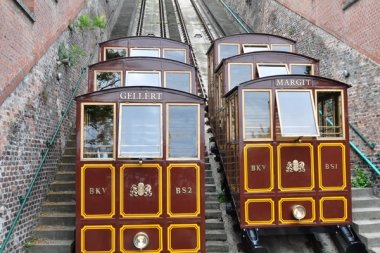