Follow us
Budapest, Erzsébet híd
The bridge, named after popular Habsburg queen Elizabeth (Sissi) was the only one which could not be reconstructed after World War II, so a new one was built to replace it. Today’s bridge structure links the foot of Gellért Hill with the downtown of Pest. The bridge takes the heaviest vehicle traffic out of all the other bridges in Budapest. The city council has evaluated 43 competing entries for the bridge construction tender. The winning plans were submitted by Albert Czekelius and Antal Kherndl. At the time the bridge was finally handed over to the public, there was no other chain-type bridge in the world with such length and without riverbed pillars. Construction commenced in 1897 and the bridge was inaugurated in 1903. Until the year 1926, it was the largest chain-type bridge in the world with a central opening of 290 meters. The bridge, which was blown up by the retreating German Army in 1945, was the only bridge in Budapest beyond repair. The construction of the new Elizabeth Bridge began in 1960, to be handed over in 1964. The new cable bridge was built in exactly the same place, under the supervision of architect Pál Sávory. It stands on it old pillars, but with added width to the bridge, as the newly built pedestrian range falls outside the suspension cables. Due to Budapest's increased motorized traffic, a wider dual carriageway has been built, with tram tracks running in the middle. Tram traffic on the bridge has ceased in 1972, so today it handles traffic in three car lanes each way between Ferenciek tere in Pest and Gellért rakpart in Buda. 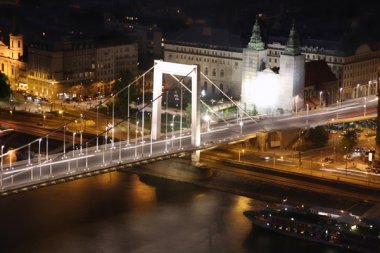 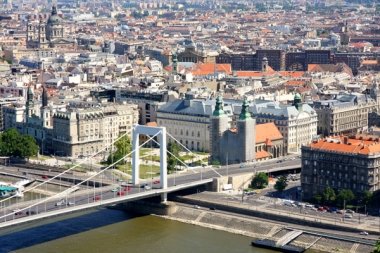 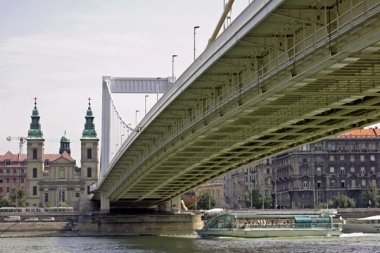 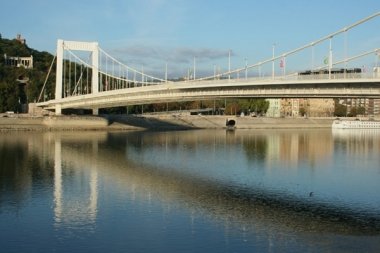 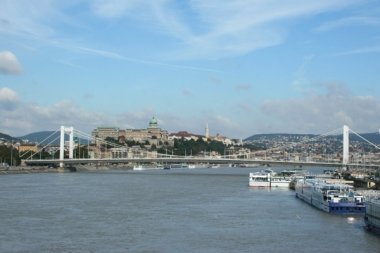 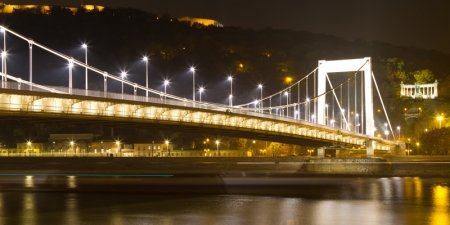