1074 Budapest, Dohány utca 2.
+36-1-321-0408
http://www.zsidomuzeum.hu/index.php?set_lang_code=en
info@jewishmuseum.hu
The idea of an independent exhibition of mostly Jewish religious objects arose during the 1896 millennial celebrations for the first time, when the Jewish religion was presented as one of the historic religions of Hungary. Miksa Szabolcsi, the editor-in-chief of the newspaper Egyenlőség (Equality) suggested that the exhibited material should constitute the basis of a future Jewish museum, while the museum itself should become the national depot, artistic centre and scientific workshop of the religious Jewish cultural organization started to support the idea and helped to make it come true. The first home of the collection made up of approximately 1 500 artifacts was an apartment in Hold street. The Jewish Museum found its final home in 1932 at the building designed by László Vágó and Ferenc Faragó, which was constructed next to the Dohány street synagogue in a matching architectural style. It is a little-known fact that Theodor Herzl, the founder of the Jewish state was born in the building that once stood on the site of the present-day Jewish Museum. In the increasingly threatening political situation of the 1930 s the Jewish Museum played a significant role. On the one hand, it organized exhibitions that proved the active involvement of Hungarian Jews throughout Hungarian history; on the other, it provided exhibition opportunities for the Jewish artists who were expelled from national exhibitions because of their origin: the public could only see the works of Imre Ámos, Vilmos Perlrott- Csaba, Béla Kádár, Endre Bálint or Lajos Vajda here. In 1942 two employees of the Hungarian National Museum hid the valuable artifacts of the Jewish Museum in the cellar of the National Museum. During the German occupation, the building of the Jewish Museum served as the single route of escape because its gate was outside the territory of the ghetto. The institution currently operates under the auspices of the Alliance of Jewish Communities in Hungary. Its rich collection of Judaica makes it the second largest Jewish museum in Europe. As a result of the efforts of the past decade, in addition to the former religious profile of the museum, temporary exhibitions displays the works of Jewish artists in film, fine arts, architecture and many other cultural areas. 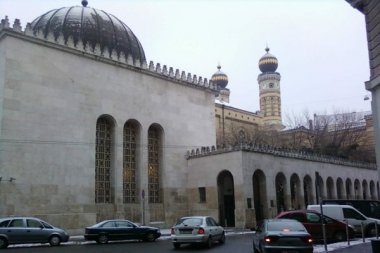 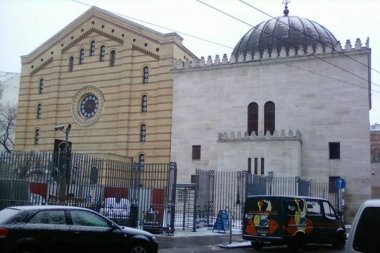 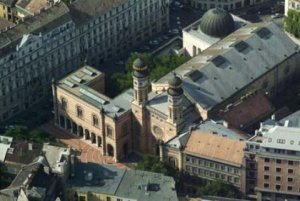 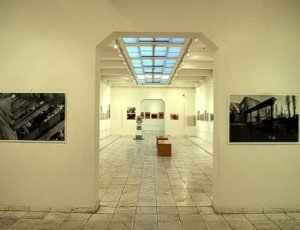