1014 Budapest, Szent György tér 4-5-6.
+36 1 224 3700
inform@oszk.hu
+36 1 202 0804
The National Széchényi Library of Hungary was founded in 1802. It owes its establishment and name to a highly patriotic Hungarian aristocrat, Count Ferenc Széchényi. He - at the end of the 18th century - sought out Hungarian books in the country and abroad, brought them together in a single collection and donated it to the nation in 1802. In the following year the public library, open to all, was opened in Pest. Ferenc Széchényi's patriotic deed aroused a nation-wide response. The entire society was mobilised, making donations as personal contribution to ensure the fullest possible national library. The Diet - the session of the National Assembly - placed the institution on a broader foundation: in 1808 it set up the Hungarian National Museum to collect the historical, archeological and natural relics of Hungary and incorporated the library founded earlier by Ferenc Széchényi within this frame. This was the origin of the institution which for close on two centuries was the common store of written, printed and objective relics of the Hungarian past. The Classicist building of the Hungarian National Museum was built from the generosity and sacrifice of the nation and the library and other departments of the museum moved into it in 1846/47. It was not until 1949 that the library was separated from the museum and once again became in independent institution under the name of National Széchényi Library. It was able to move into its new quarters in the Buda Castle Palace in 1985. 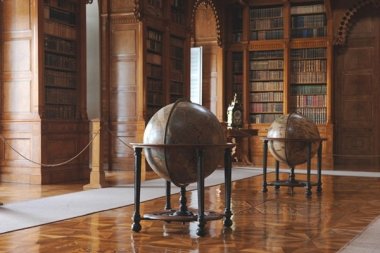