In the post war period, the Hungarian art market went through a lot of changes, primarily defined by the communist government. The import or export of artworks became more and more impossible. Although the government tolerated the barely established national market, it supported it in no way.

The foundation – in the Munkácsy Mihály street

It was under these circumstances, which can be best described by stagnation, that György Koller decided in 1950 to establish – according to the possibilities of the law back then – the Associaion of Hungarian Engravers (RMAK). The association became very successful, even under the given communist situation. For this reason it has been under constant observation and in 1952 even temporarily forbidden. Finally, with the help of István Csók, István Szőnyi, Oszkár Glatz and others, they won the favour of the former prime minister Ferenc Erdei and got the permission to work with György Koller in the leading function, but under strict limitations. At that time, the head office was still in Munkácsy Mihály street. (You can see the permission to operate on the right). With its demanding standards of quality and authenticity, the Association quickly became known in the Hungarian art life and the art market respectively. This was further enhanced by the fact that the members of the Association were granted a higher degree of freedom in their creations than those artists under strict governmental limits.

In 1980 the Associaion of Hungarian Engravers opened Hungary’ s first “private gallery” in the elegant castle district, in the house of Amerigo Tot – the world-famous Hungarian-Italien artist. From this moment on, the gallery not only dealt with etchings, but also with the demonstration and sale of sculptures, statuettes as well as paintings. The next step was the opening of an exhibition room in the Hungarian National Gallery in 1984 which permitted a closer cooperation with the governmental institutions. There were new subsidiaries in Petőfi Sándor street as well as in the Hilton Hotel in order to show the outstanding Hungarian artists to the growing group of interested people. In addition, numerous exhibitions were organised abroad, such as János Kass in London, Imre Varga in Venice, Vienna, Basle and Paris or Milkós Melocco in Hamburg. Through this the reputation of Hungarian art was not only spread in Hungary, but also abroad. György Koller, the founder, passed away in 1996.

A new chapter – the family gallery

The Koller Gallery Ltd., which has been founded as a family gallery in 1989 after the political change of system, has been run by proxy for ten years after György Koller’ s death. Finally, in 2006 a family member took over the leadership of the gallery. After many decades the aim has not changed: the Koller Gallery represents Hungarian and international contemporary and modern art on an artisticly high standard. Additionally the profile of the Koller Gallery has been specified and extended through the establishment of a graphic and sculpture database. In addition, the Koller Gallery offers art-appraisal services and a professional handling and developement of collections. 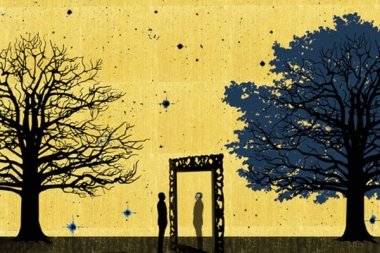