1051 Budapest, Vigadó tér 2.
+ 36 (1) 328-3300
http://vigado.hu/web/en/mainpage
ugyvezeto@vigado.hu
The most beautiful concert hall in Budapest, located along the Danube Promenade in Pest, was completed in 1865, replacing an earlier concert hall (designed by Mihály Pollack) destroyed in the Hungarian War of Independence in 1848-1849. The style is best described as Oriental and Hungarian Art Nouveau mingling with romance and a rich addition of uniquely pleasing detail, down to perfection. Frigyes Feszl, the architect of the new building, was commissioned to make the plans in 1859 - just six years after his first major work, the Dohány street Synagogue was inaugurated (check the similarity between the two onion-domed towers of the Synagogue and the Vigadó's facade!). Károly Lotz and Mór Than, star artists of the age, have painted the ballad themed-frescoes of the interior. The imposing main concert hall, which can accommodate up to 700 people, is to this day one of the most significant venues of music life in Budapest. The chamber hall (220 seats) hosts drama performances, chamber concerts and various other cultural events. The Vigadó Gallery is one of Budapest's most popular art exhibition centres. A few years back, the Ibiza-based Pacha has opened a popular night club in the building's first floor, but due to renovation works they moved out. 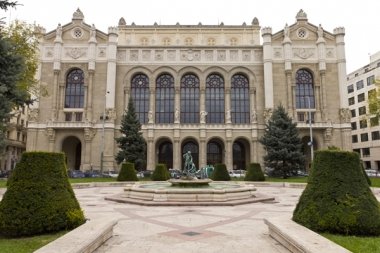 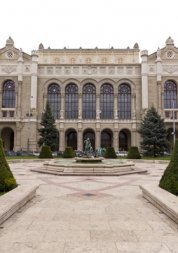 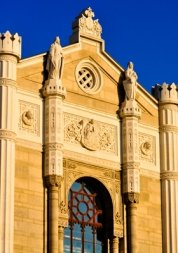 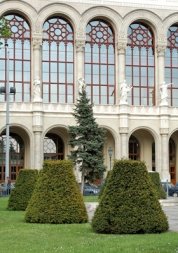 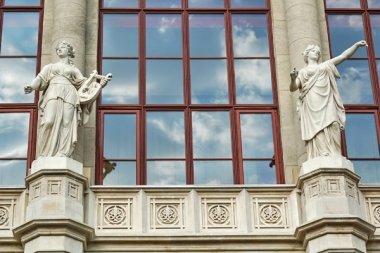 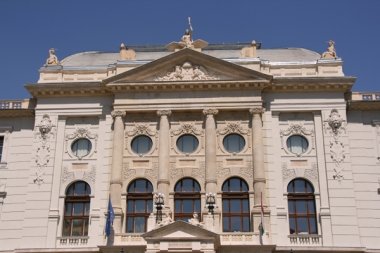 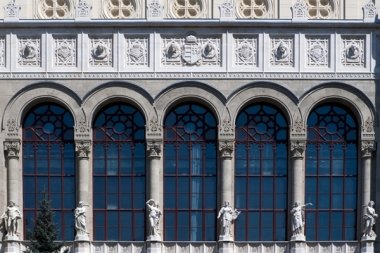