The Kittenberger Zoological Garden of Veszprém is one of the oldest Hungarian zoos. It is situated in the picturesque Fejes Valley located within 15 minutes of walking distance from the historical downtown district of Veszprém, just 15 km off Lake Balaton.

The Zoo, founded in 1958, was named after Kálmán Kittenberger (1881-1958), the renowned hunter-writer of Hungary. He had spent nearly 10 years in Africa as a field worker of the Hungarian Museum of Natural Sciences and discovered approximately 300 species, 40 of which have been named after him.


The Zoo had a very rich animal collection during the seventies, featuring notable animals such as Böbe, the entire country's favourite chimpanzee. Her grave and statue may be viewed by the entrance. Cages and pens acceptable in those days have since become obsolete and are no longer viable in a modern zoo. Due to lack of finances, however, development could not be started immediately, so a proportion of our animals had to endure tight cages for a long time.

The company's conversion to a non-profit organisation in 2001 was also accompanied by the commencement of a large scale reconstruction programme. Our objectives are keeping our animals in pens sized and arranged according to their natural needs as well as participating in several international programmes for the preservation of species. The old cages are gradually but noticeably being replaced by verdant pens.

The Zoo is a member of the European Association of Zoos and Aquaria (EAZA) and the Hungarian Association of Zoos. From year to year we participate in international campaigns for the conservation of nature (Bushmeat Campaign, Tiger Campaign, Shellshock Campaign) and take part in programmes for the protection and breeding of species (EEP, ESB). As part of our collaboration with Balaton Uplands National Park, we adopt and, if possible, rehabilitate wounded animals in our rescue centre.

In addition to carrying out a multilingual public relations effort, we are also placing a high emphasis on education and training - children are invited to participate in our zoological workshops, outdoors environmental and biology classes as well as summer camps. 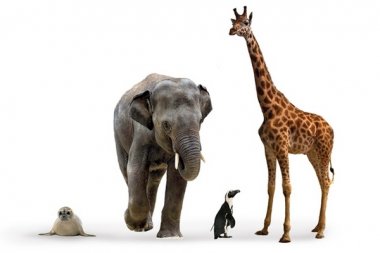